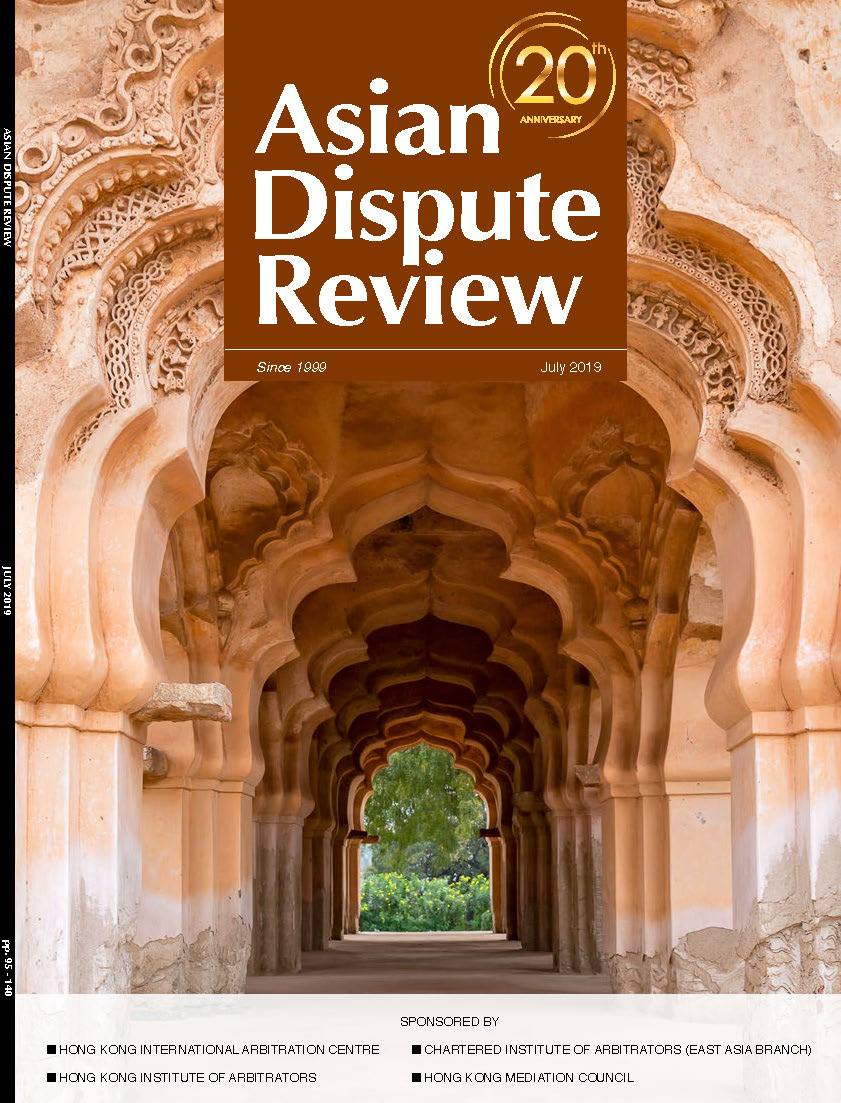 This issue of Asian Dispute Review commences with an article by John Cock which compares the statutory adjudication of  construction disputes under security of payment legislation across a number of jurisdictions, including the United Kingdom, Australia, Ireland, New Zealand, Singapore and Malaysia. It also considers the position in Hong Kong, where security of payment legislation is yet to be introduced.

Rustem Karimullin then discusses the enforcement of international arbitral awards in Russia. This is followed by an article by Huw Watkins which looks at the restructuring of the Japan Commercial Arbitration Association’s arbitration rules.

The ‘In-house Counsel Focus’ article by Mustafa Hadi considers the pros and cons of tribunal-appointed experts by comparison with party-appointed experts. The ‘Jurisdiction Focus’ article by Christina Pak discusses Fiji’s accession to the New York  Convention in 2010, its enactment of a modern International Arbitration Act in 2017 and the future of international arbitration in Fiji.

The issue concludes with a book review by Joshua Fellenbaum of Tribunal Secretaries in International Arbitration by Dr J Ole Jensen.

We regret that this will be the final issue in which Filip Nordlund and Jonathan Mackojc serve as Editorial Assistants. We thank them for the excellent support they have provided and wish them well in their future endeavours.Byron Perez and Jacky Fung will be our new Editorial Assistants. We are grateful to have them on board and look forward to working with them.