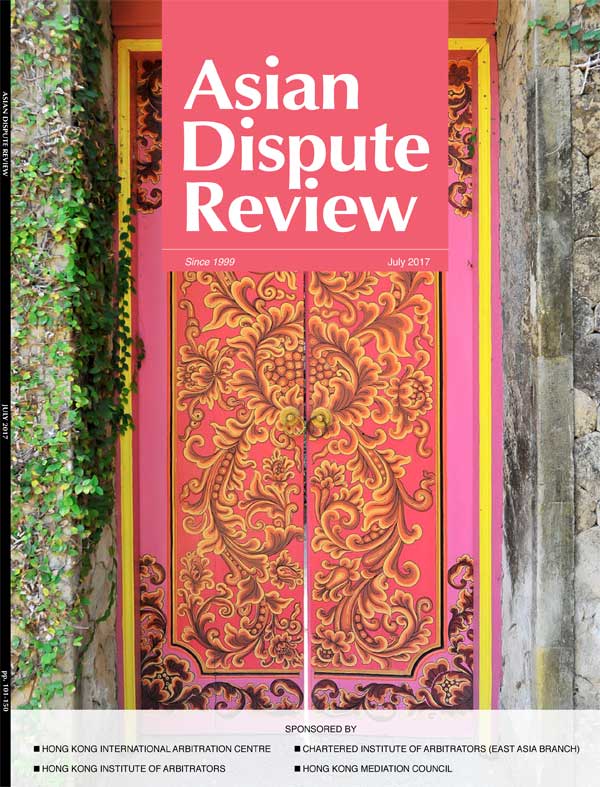 We commence this issue of Asian Dispute Review with an article in which Peter Rees QC discusses the disclosure of documents, expert evidence in arbitration and the need for increased procedural flexibility. Julien Chaisse then provides insights into the relevance of the law of the World Trade Organization in controlling trade protectionism in the aftermath of the US presidential election, Brexit and increased trade protectionism in Asia. This is followed by an article by Chan Leng Sun QC which looks at potential problems that newly accredited arbitrators may encounter in the context of existing arbitration laws and institutional rules, as well as a piece by Alfred Wu and Daniel Ng on Hong Kong’s stance on the controversial topic of the enforcement of foreign arbitral awards that have been set aside or refused enforcement by a supervisory court.

Our ‘In-House Counsel Focus’ article by Günther J Horvath and Amanda Neil considers the nature of ‘guerrilla tactics’ in, and techniques that are used to undermine the integrity of, the arbitral process, and ways to combat these ploys.

We would also like to acknowledge with considerable thanks the excellent support that Colin ballantine has provided to us over the last two years. this will be his last issue as an editorial assistant. It has been a pleasure to work with him and we wish him well.