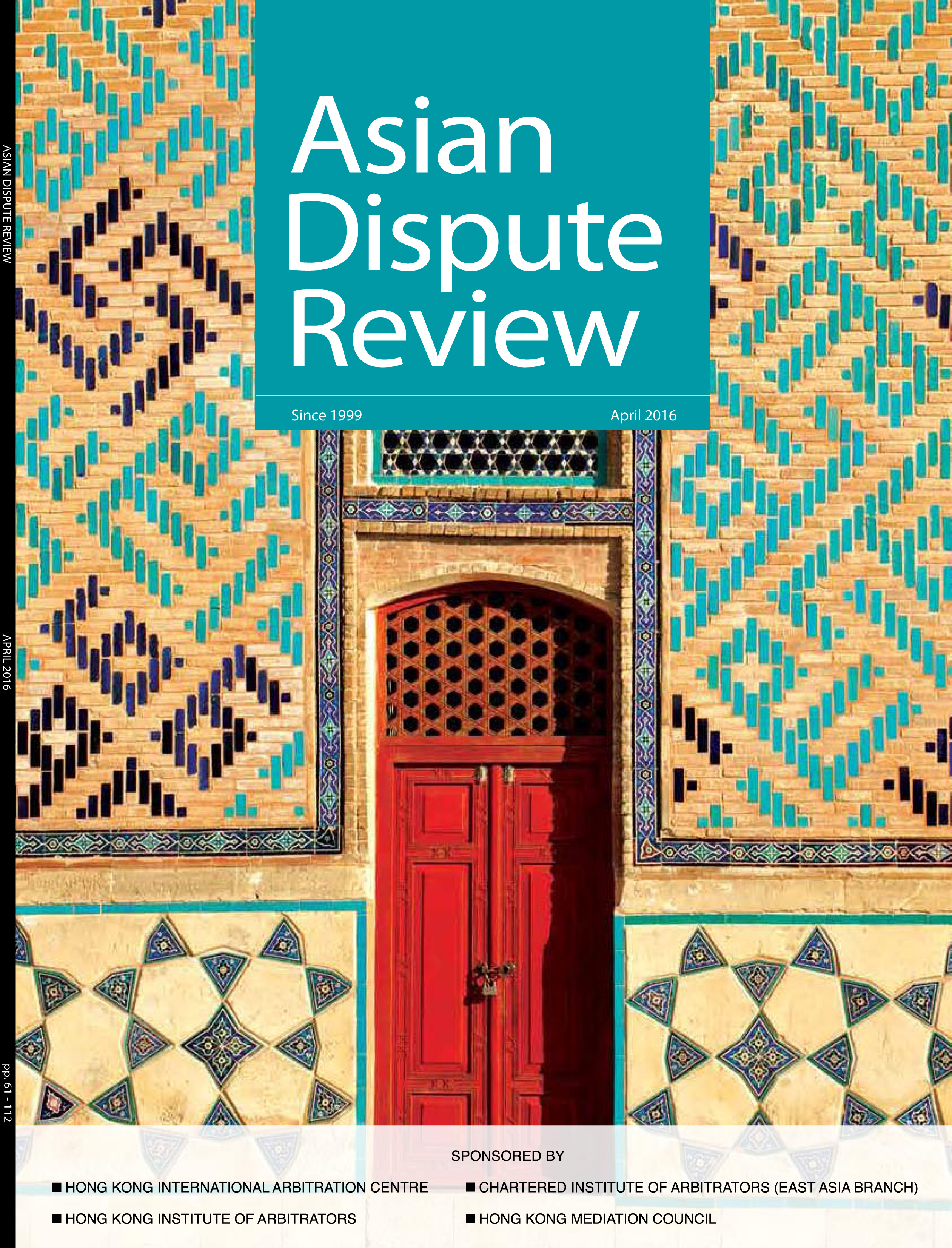 This issue of the Asian Dispute Review comprises a broad range of arbitration and mediation articles, a number of which are based on papers presented during Hong Kong Arbitration Week in 2015. We commence with an article in which Paul Starr formulates ‘10 Commandments’ on settlement, with suggestions on enhancing speed and efficiency in arbitration. Judith Gill QC and David Baker then explore the dimensions of the public policy exception under the New York Convention. Our ‘Arbitration in Asia’ section contains an insightful article by Judge Gao Xiaoli of the Supreme People’s Court of China, in which she reviews the approach of the Mainland courts to foreign-related arbitration agreements and the setting aside and enforcement of foreign-related arbitral awards. The ‘In-House Counsel Focus’ article by Calvin Cheuk comments on the Hong Kong Government’s proposals for a statutory construction adjudication scheme. This is followed by an article by Alexis Mourre which examines Med-Arb, with a focus on the Keeneye case.

A case note by Nick Luxton discusses the Ever Judger case, in which the High Court of Hong Kong granted its first reported anti-suit injunction in aid of an arbitration agreement. Finally, Louise Barrington reviews the 2nd Edition of ICC Arbitration in Practice.